Installing Debian on the A20-olinuxino-lime 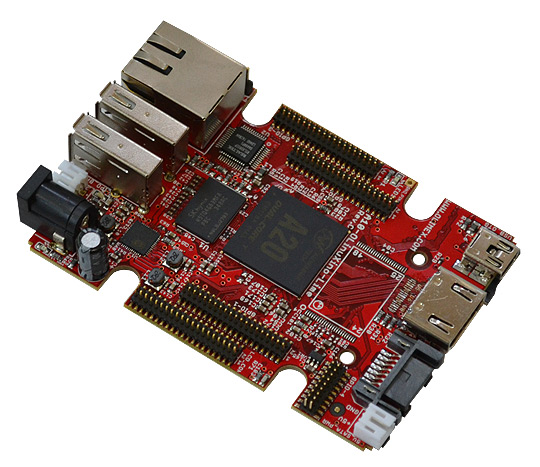 So instead of running the Home Automation server on my ESX Farm, I was now faced with the WAF. The WAF required that the system be working no matter how many times I destroyed my lab so this forced me to get a dedicated system to run the Home Automation Server. A couple of days ago someone tweeted that they installed Openhab (which I am planning to run) on something called and Olimex A20 system… got the credit card and ordered one! The board arrived a couple of days ago and since then I have been fucking around trying to get the damn thing working.

The board I ordered is the A20-OlinuXino-Lime 4GB. It has 4GB Flash that includes an Android version. Being a good geek, the board was hooked up and running before the packaging hit the floor and then NOTHING. Just blinky lights, no IP, no HDMI output just Nothing. Reading the forums I saw other people have the same problem and decided to hook up the Serial output to my laptop. Unfortunately the Board does UART Serial and not RS232 which means that it want 3.3 Volts and not 12 volts. I hooked up one of my max3232 chips and started to play around with the debug port. it was stuck in the bootloader.

I was planning to run Openhab on it using Debian so instead of spending time debugging the Android version that would not boot I proceeded to install Debian onto a SD card. Now this should have been a rather quick processes but due to the fact that I downloaded the wrong version this cost me another 2 days.

So as a small recap to all planing to play around with this board: